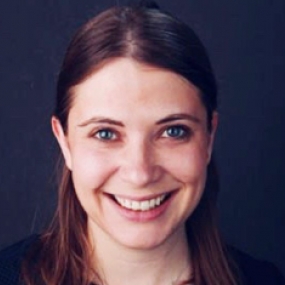 I was part of the launch plans for the new Lifelong Learning platform and travelled up and down the UK to various events, showcasing the platform to several hundred users and generally feeling overwhelmed by the positivity towards the new system. The platform has come a long way since its launch in August this year and has reached a significant milestone. There has now been over one million interactions with the platform, meaning that many College members, like me, are taking advantage of the platform’s capabilities.

There are several advantages to the Lifelong Learning platform versus the old e-portfolio. The new platform was designed with members in mind by a company that specialises in user-centred technology. The entire journey has been supported by member consultation and testing from design through to implementation. As a result the technology is intuitive, modern, and enhances user experience.

The launch in August this year was just the beginning, to date over 250,000 anaesthetic cases have been recorded using the Logbook functionality and over 21,000 personal activities have been documented. Any bugs can be identified and more quickly resolved. It is of course a work in progress but it demonstrates the College’s commitment in supporting its membership.

There are lots of elements familiar to users of the previous system, such as workplace based assessments, but a number of processes have been improved following consultation with membership. The multi-source feedback (MSF) process has been altered to give members more control and allow them to collect feedback over the entire year rather than a single exercise. Changes have also been made to how educational supervisors review and edit MSF responses, allowing them to be reviewed whilst it remains open.

There are several advantages to the Lifelong Learning platform versus the old e-portfolio.

The way activities and reflections are logged has also been streamlined. There is an opportunity to link documents to most aspects of the platform, so the relevance of uploaded files is immediately visible due to the fact these are linked to assessments, activities and the curriculum.

The scope of the Logbook functionality has been extended, allowing members to more accurately record their own clinical practice, not just anaesthetic cases. It has the ability to record activities undertaken in intensive care medicine, acute and chronic pain and stand-alone procedures. It also allows users to record sessions, such as perioperative medicine clinics, supervisory consultant for a theatre suite or attendance at multidisciplinary team meetings.

Overall I am really proud to have worked on this exciting project for the College and I’m so pleased that in only a few short months so many of you have been interacting and finding it of benefit too. The Lifelong Learning team are keen to hear from you about your experiences and are working really hard to continually improve the system. If you are experiencing any technical issues please email the team at: lifelong@rcoa.ac.uk.

We are the first medical College to undertake work of this nature and I hope others will consider following suit to enhance the training experience in their specialty.

The Lifelong Learning platform will continue to develop over time and when the Continuing Professional Development (CPD) portal is launched, it will support all anaesthetists from their first day in training through to retirement.