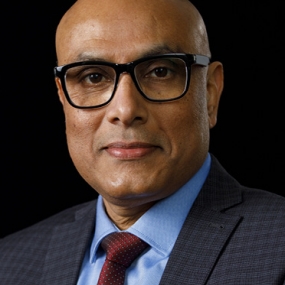 Term of office on Council

Sri qualified with Bachelor of Medicine and Surgery (MBBS from the University of Mysore in 1984 (the degree was awarded during the convocation held in 1986).  He was commissioned in 1987 as a Captain in the Army Medical Corps and promoted to the rank of Lieutenant Colonel in April 2000. Took early retirement towards the end of 2001 after having served for nearly seven years on the icy Himalayan high altitude posts. Whilst serving at peacetime locations, Sri trained in anaesthesia and acquired two post-graduate diplomas.

In the United Kingdom, Sri trained at the Warwickshire School of Anaesthesia and was appointed a consultant in 2010 at the Robert Jones and Agnes Hunt Orthopaedics Hospital, Oswestry. He has served two terms as college tutor and has been a FRCA examiner since 2016. Besides postgraduate medical education Sri has a special interest in anaesthesia for major spinal surgery, regional anaesthesia and difficult airways.

Outside of the medical profession, he is into wellness and enjoys travelling, sports and classical music.

Register of Interests
None declared