Almost 70% of NHS anaesthetic departments in the UK are registered with ACSA and are at various stages of the ACSA process. The map below shows the level of engagement across the UK. 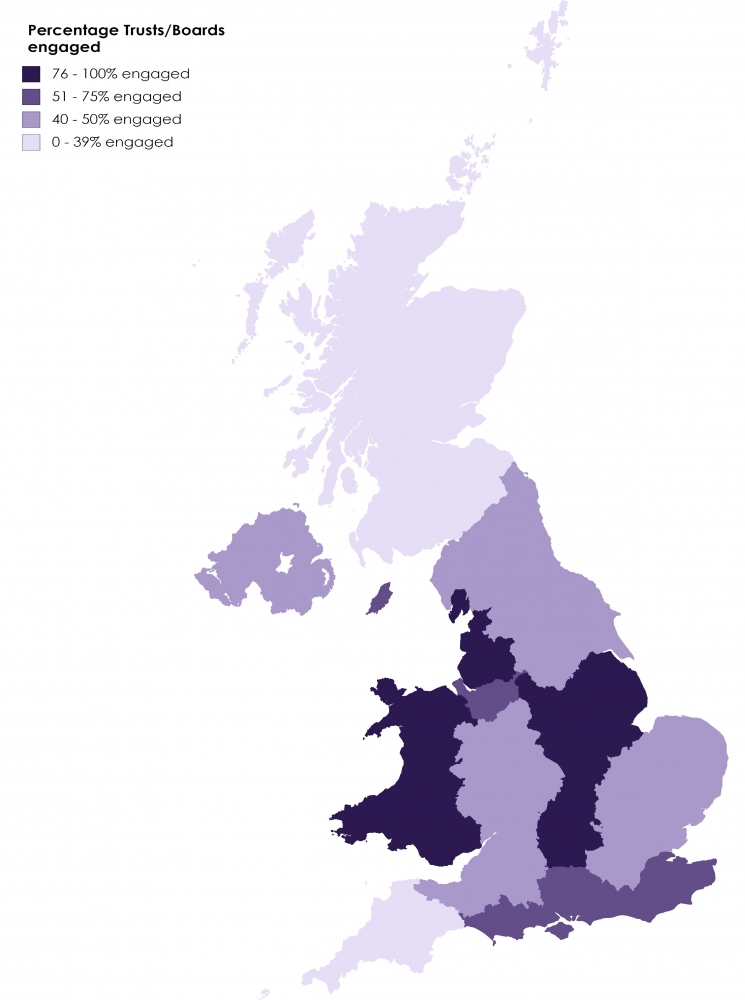 Once awarded, continued accreditation will depend upon annual compliance submissions which must be accepted by the ACSA Committee. The accreditation cycle lasts 4 years after which point the cycle starts again with an onsite visit.

*Homerton Hospital was the first of all the departments in the United Kingdom to have achieved accreditation in 2014 and was reaccredited in 2018.

Case studies from departments who have been through the ACSA process.

The ACSA process involves self-assessment, an on-site review by an ACSA review team and further evidence submission in order to achieve accreditation.