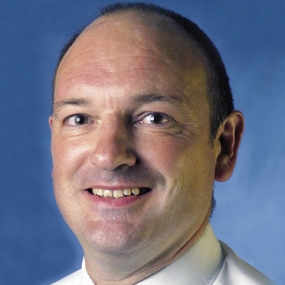 Term of office on Council

Jonathan qualified at Leicester University in 1988 and trained mostly in the Midlands.  He was appointed Senior Lecturer /Honorary Consultant in Leicester in 1997.  He transferred to a full time NHS consultant post at Leicester Royal Infirmary in 2014 and became Honorary Professor at the University of Leicester in 2016. Jonathan is a former member of the ESA Pharmacology Subcommittee, Anaesthetic Research Society Council and chairman of the Vascular Anaesthesia Society. He has held several leadership roles in research and was Clinical Lead for Organ Donation for the Midlands from 2015 to 2018.  He was an examiner for the Primary FRCA from 2007 to 2018 and has been Editor-in-Chief of our official CPD journal, BJA Education, since 2018.

Jonathan’s clinical work is in adult critical care and perioperative medicine with interests in anaesthesia for general and vascular surgery.

Away from medicine, his interests are walking his dogs, golf, horticulture and playing the trumpet.