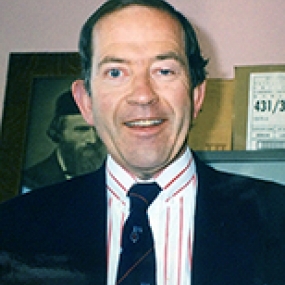 Between 1976 and 1979 Colin worked in Dallas, Texas, at Baylor University Medical Center helping to start a 24/7 Obstetric Anesthesia service, and helping to run the Certified Registered Nurse Anesthetists (CRNA) training program. As Clinical Assistant Professor to the University Department of Southwestern Medical School Colin lectured and taught Anesthesia Residents in the Operating Room.

Returning to the UK in 1980 Colin was appointed Consultant Anaesthetist to the Oxford Area Health Authority (Teaching). He was appointed Faculty Tutor, Deputy REA and then, in 1993, Regional Educational Adviser by the Royal College of Anaesthetists.

Colin sat on about 15 Committees including the Editorial Board of Anaesthesia, Radcliffe Oxford Postgraduate Educational Committee and Regional Intensive Therapy Committee Chairman.

In association with John Forester, the author’s son, Colin was a founder member of the CS Forester Society and was elected Honorary President. Colin enjoyed sailing and donated his time to helping young sailors with disabilities in the skills of watercraft.

Colin’s boundless energy and enthusiasm did not prevent the remorseless progression of Parkinson’s disease which blighted the last decade of his life. However, even this fatal malady failed to stifle his enduring sense of humour.

A good man, a fine physician and a loyal friend.