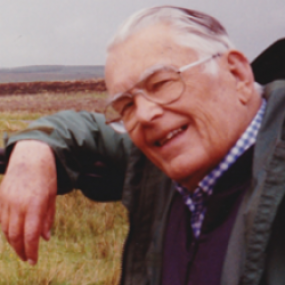 Sequentially house physician, house surgeon and resident anaesthetist at the Westminster before joining the Emergency Medical Service and being posted to East Grinstead as assistant to John Hunter (q.v.). Appointed a consultant after the war he spent the rest of his career there apart from seven months in 1946 as anaesthetist in charge of a United Nations plastic surgery unit in Belgrade, Yugoslavia and two visits to Chicago as visiting professor: six months as Fulbright Exchange Professor at the University of Illinois in 1954, and three months at North-Western University in 1967. He retired in 1974.

As well as making significant contributions to the literature on anaesthesia for plastic surgery he was widely known for his work with the ‘Guinea Pig Club’, the support organisation for the badly injured RAF pilots who were the early patients at East Grinstead. He was medical officer to the club from its inception in 1941 until 1991 (latterly an emeritus role), providing medical and pastoral care and specialising in obtaining proper disability pension payments for many of the ‘Pigs’. One of the first Recovery Wards (known now as the Russell Davies Unit) was opened at East Grinstead in 1946. He also contributed to hospital and regional committees, particularly those relating to postgraduate education and the training of anaesthetic support staff. His work was recognised by invitations to lecture in the UK, Europe and the USA, and by the award of the Ivo Bettini Medal in 1973 for services to Yugoslavian Anaesthesia, and the McIndoe Memorial Lecture & Medal in 1976.

He was married first in 1941 to Joan (Nicky) Cooper, with whom he had two daughters, and second in 1983 to Dr Kate Packer (q.v.). With a life-long interest in Exmoor he collected many books, leaflets and pamphlets about it, and In retirement worked as a volunteer ambulance car driver (1974-84) and (also in a volunteer capacity) at the Winchester Archaeological Society, becoming an expert on bell founding.