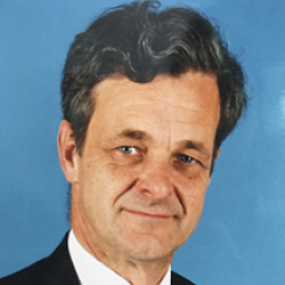 After house posts at Guy’s (medicine) and Guildford (surgery) Richard started anaesthetic training as SHO at Guy’s before moving to Southampton (SHO, then registrar). Senior registrar at Guy’s and Canterbury with a year in Linkoping, Sweden; appointed consultant in East Dorset in 1979.

Early contributions were to the ICU at the old Victoria Hospital, Boscombe, running the unit virtually single handed for a decade before transferring the service to the new Bournemouth Hospital and becoming lead consultant. He also served as clinical director of the anaesthetic department and medical director of the hospital. As medical incident officer for the district he helped reorganise the major incident plan and worked hard at teaching & examining ambulance & paramedic staff, introducing the use of iv drugs & defibrillation by them, and becoming chair of the district paramedic liaison committee. Keen on educating and encouraging the next generation, the application of modern technology was a major interest; he was “the anaesthetist with the laptop” long before it was common. He was a committee member, later chair, of SCATA and was responsible for a number of websites such as those of the Society, his hospital and this College. He published on a range of subjects and produced a very successful book, ‘Compendium of Anaesthetic Data’. After his retirement he was very involved with a nationwide electronic patient record project.

The son of a GP anaesthetist, Richard was married first to Rosamund (son Robert), then to Charlotte (children Elizabeth, Charles & Sarah). He succeeded in his determination to attend Sarah’s wedding just before his death. Sailing was his greatest love, and he was an active member of the Royal Motor Yacht Club, serving twice as Rear-Commodore (1985-8 & 2003-6) and being much liked for handling races and any protests.