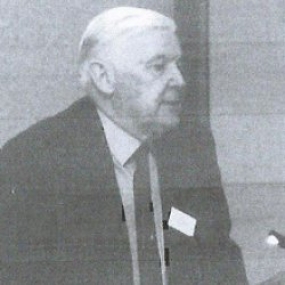 After pre-registration house officer posts in Lewisham & Beckenham, Peter spent a year in anaesthetics at Southmead Hospital in Bristol, before undertaking two years National Service - spent mostly in Catterick. He returned to Southmead as registrar and then moved to Liverpool to attend the fellowship courses. He was appointed consultant at the Royal Southern Hospital in Liverpool in 1967, moving to the then new University Hospital in 1978 and remaining there until retirement in 1997.

An early worker in intensive care, collaborating with a physician (Ronnie Finn) with whom he wrote one of the first manuals on the subject; another publication was on anaesthesia for ENT surgery. A great supporter of the Liverpool Medical Institution (president 1989, the second anaesthetist to serve) and, in retirement, the History of Anaesthesia Society (editor proceedings 2000-6, honorary member 2013).

Of a medical family although his father was a civil engineer. He married Veronica Gately and they had a son and three daughters. He had a deep faith and, blessed with perfect pitch, music (of many kinds) was a life long interest as was cricket. He also enjoyed fell walking in the Lake District.