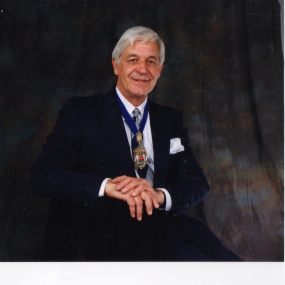 Details of earliest appointments not found, but by 1961 he was a registrar in anaesthetics in Belfast. In 1962 he moved to Bristol as registrar at the Royal Infirmary, becoming SR in the United Bristol Hospitals two years later, and consultant to United Bristol & Frenchay Hospitals in 1966, posts he held until retirement in 1999.

Involved in the establishment of the first ICU at Frenchay Hospital, his major contributions were in the fields of resuscitation and the provision of out of hospital emergency care (extending into disaster management), starting with the introduction of Entonox for pain relief in the Ambulance Service in 1970. He served on the Councils of the the RCoA (1983-95, Dudley Buxton Prize 2001) and AAGBI (1976-80 & 1986-92, president 1990-2, John Snow Medal 1998) making major contributions to both as well as to national and international organisations relating to his major interests. He was often involved in the establishment of organisations such as the British Association for Immediate Care Schemes, and the UK & European Resuscitation Councils. He published & lectured widely and was Editor in Chief of the journal ‘Resuscitation’ from 1997 to 2008. This work was recognised in many ways including MRCP by election (1994, FRCP 1999), DipIMC by election, honorary FFAEM (1999) and, in 2005, being named a ‘Resuscitation Giant’ by the American Heart Association.

His His father was Sir Ronald Gilbert Baskett, chief scientific officer for the Ministry of Agriculture for Northern Ireland. Married four times, the first three marriages ending in divorce, Peter had a son and three daughters. His interests included the RAMC section of the TA (becoming colonel of of 219 Wessex Field Hospital), motor racing (first as a competitor, later providing medical services), rugby football and visits to Northern Ireland.