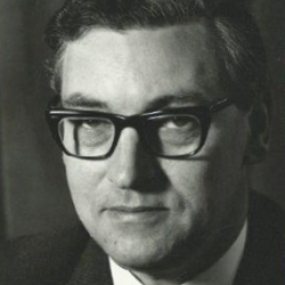 After qualifying Ken was SHO (1941-2), then registrar (1942-4) in anaesthetics at St Bartholomew’s before seving in the RAMC as a recognised anaesthetic specialist in Burma, Italy, Belgium and India, rosing to the rank of Major and ending as Advisor in Anaesthetics to south-east Asia (1946-7). After demobilisation, in 1948, he was appointed to a supernumerary post-graduate post in Winchester and later in the year became a senior registrar there. First appointed a consultant in Grimsby in 1950 he returned to Winchester in 1956. He retired in 1982.

A strong supporter of the concept of an ITU in Winchester, he was head of department from 1974 to 1976.

Ken married Mabel Alice (known as Margaret) Marchant, and they had two children, Graham & Diana who became a consultant in palliatice care.

Sources and any other comments: Personal recollections