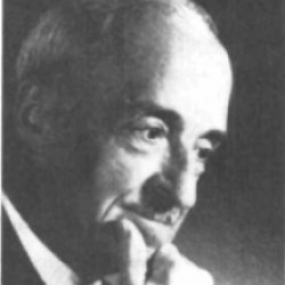 Cousineau began practice as a family physician after graduation, but after a few months was invited to provide anaesthesia at Hopital de Sacre-Coeur, then dedicated to the care of tuberculosis patients undergoing either thoracic or orthopaedic surgery. It became a general hospital in 1946, and Cousineau continued his career at l’Hopital Notre-Dame de l’Esperance (Ville St. Laurent) until he retired in 1976.

Cousineau worked with his thoracic surgical colleague, Bethune (a pioneer in the field who had a great influence on Cousineau), to improve the results of thoracic surgery. Bethune introduced him to Harold Griffith (who taught him endotracheal intubation), this starting a long-standing relationship between the two. Bethune also obtained some hexobarbital (Evipan) from German friends and, in 1934, Cousineau was probably the first Canadian to induce anaesthesia intravenously.

He also tried high spinal anaesthesia and, more successfully, epidural block for thoracic surgery to allow the use of diathermy at a time when cyclopropane was the standard agent. Having had no formal training in anaesthesia, Cousineau attended Griffith’s evening seminars and, after WW2, helped initiate similar activities for French-speaking Colleagues.

He also collaborated in the setting up of a residency training programme based on the University of Montreal and, in 1950, persuading the Quebec College of Physicians to recognise anaesthesia as a specialty. Cousineau had been elected a Fellow by the IARS in 1938, and remained active within that society, being co-organiser of one of its few meetings outside the USA. He was one of the small group which founded the Canadian Society, serving as President (1952-3) and receiving its Gold Medal in 1967.

His wife, Marcelle, supported him indefatiguably during his career, and during a long fight against severe lung disease, rather sad given his clinical interests.

Sources and any other comments: Tetrault J-P. History of Canadian Anaesthesia: Georges Cousineau (1906-1987). Can J Anaesth 1993; 40: 188. I thank Prof Brendan Finucane for his help. Photo reproduced by kind permission of the Canadian Anesthesiologists' Society.