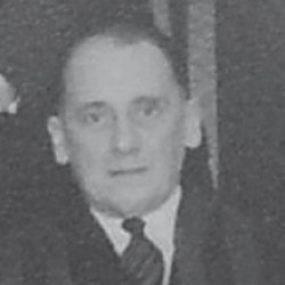 After qualifying in 1926 George Edwards spent a year as a Ship’s Surgeon with the Cunard Line before taking up his resident surgical and medical posts at Victoria Hospital, Southend on Sea. In 1928 he was appointed Resident Anaesthetist at St George’s Hospital, soon after moving to St Thomas’s Hospital as Senior Resident Anaesthetist. In 1931 he was appointed as Staff Anaesthetist at St George’s, and was promoted to Senior Anaesthetist in 1933 a position he held until 1963. He also held appointments at the General Lying-In, Samaritan, Queen Charlotte’s and Royal Masonic Hospitals.

After convincing his employers of the importance of efficient anaesthetic services, and of teaching anaesthesia to students, he was appointed the director of anaesthetic studies and lecturer in anaesthesia, posts he continued until his retirement and so established St George’s as a centre of excellence for teaching anaesthesia. During the war he served in the Emergency Medical Service and then as advisor in anaesthetics to British North African and central Mediterranean forces, visiting anaesthetists throughout the war zone. After the war he returned to St George’s where he emphasised the importance of pre-operative and postoperative care, introducing a weekly postoperative teaching ward round. A founder member of the Board of Faculty, he was the first Hewitt Lecturer and awarded the FFARCS(Hon). He gave the inaugural John Snow memorial lecture to the AAGBI, and in 1956 chaired an investigation into the causes of death under anaesthesia.

George married Jean Lilian Smith, a paediatrician, in 1934, and they had a son. He was renowned for his interest in, and knowledge of, St George’s Hospital, and for his remarkable memory, solving The Times Crosswords, without writing anything down! On his retirement he was made honorary archivist to St George’s, writing a number of articles about the history of the hospital, and also enjoyed working in his immaculate garden.