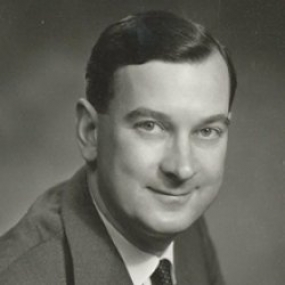 First posts were as house surgeon, Westminster Hospital and house physician, St Stephen’s Hospital, London. He was then sequentially SHO (1951-2), registrar (1952-5) and senior registrar (1955-7) at the Westminster before being appointed consultant to Southampton General, Royal South Hants & Southampton Chest Hospitals, retiring in 1990.

His main clinical involvements were with cardio-thoracic anaesthesia, pain management & intensive care, but he also contributed to teaching, research, publication and administration of both clinical service & P-G training. Nationally, he was Faculty Regional Education Advisor (1974-84), introducing rotations to specialist units, and served on the Councils of both AAGBI (1964-8) and RSM Section (1979-83). Other activities included being Wessex advisor on maternal deaths (1970-87), founder chair of the regional specialist sub-committee (1972-81), member of a RHB committee to review health services on Guernsey (1985), and president of the Southern Society (1977).

Sources and any other comments: [1] Boulton Form with later update (and photograph) from subjec