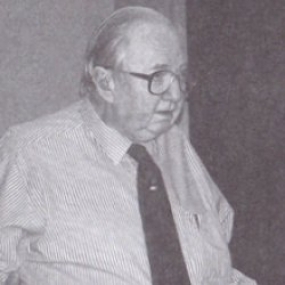 After house officer posts (orthopaedics & medicine) in Orpington Cris spent nine months as casualty officer, and a year as SHO in anaesthetics, in Huddersfield. He was then registrar at the Mayday Hospital, Croydon before serving in the RAF as an anaesthetist for three years, finishing as a Squadron Leader. He rounded off his training in Liverpool and became a consultant to Huddersfield Royal Infirmary in 1957, an appointment he held until ill health forced his early retirement in 1989.

Although without formal training Cris became an expert in all forms of engineering as they apply to anaesthesia. His contributions ranged from publication of the definitive book on anaesthetic equipment to overseeing two major hospital developments in Huddersfield: first commissioning & equipping an electronic & bioengineering department; second, overseeing provision of new anaesthetic, resuscitation, intensive care & operating department facilities. He collected historical items of equipment, some of which are now in the Thackray Museum in Leeds, and was made an honorary member of the History of Anaesthesia Society. A specific clinical interest in dental anaesthesia led him to set up a community clinic for handicapped patients and becoming a founder member (& president for 1988) of the Association of Dental Anaesthetists. He was also president of both the Yorkshire Society of Anaesthetists (1974-6) and the Huddersfield Medical Society (19??).

The son & grandson of GPs, he married Judith Wells, a nurse, and they had three sons. A big, generous personality, he spoke French fluently and had many interests: photography, gardening, sailing and the full range of building trade skills, these allowing him to renovate his home himself.