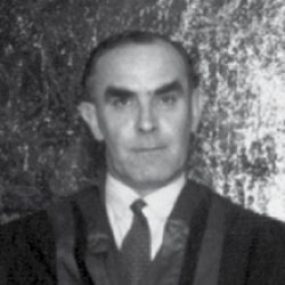 Dr A H Musgrove began his professional career in general practice, which he continued until 1941, but his interest in anaesthesia took up an increasing proportion of his time. He was appointed visiting anaesthetist to the Cardiff Royal Infirmary in 1935, this including a responsibility for teaching anaesthesia. In 1942 he was appointed a clinical teacher at the Welsh National School of Medicine. In 1948 he was appointed an honorary consulting anaesthetist to the Welsh Hospital Board and United Cardiff Hospitals, which included sessions at Sully Hospital. He retired in 1964.

Dr Musgrove was the first anaesthetist in Cardiff to use intravenous barbiturates, controlled hypotension and hypothermia, and he was a pioneer of thoracic anaesthesia. He was a member of Council, AAGBI from 1945 to 1948 and in the latter year was elected a Fellow of the Association and nominated to the first board of Faculty. In 1949 he became the first President of the newly formed Society of Anaesthetists of South Wales.

Dr Musgrove was a keen sportsman in his youth and played football and tennis for his hospital. In 1928 he married Olive Sylvia Raindle. Sadly he died suddenly in Majorca whilst on holiday.