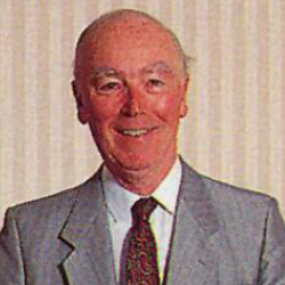 After qualifying Alastair joined the RAF for two years of required national service, was posted to a remote base in Iraq and, as the junior officer of two, was ordered to be the anaesthetist! Educating himself, he acquired expertise & experience, and was later deputy principal medical officer in the rank of Squadron Leader at Headquarters, Iraq. Demobilised, he intended to specialise and spent a year as SHO at Leith Hospital, Edinburgh, but found the heavy workload prevented him studying for the examinations. A year in general practice in Fife (covering an uncle’s illness) showed that this was not for him so he approached John Gillies in The Royal Infirmary of Edinburgh who took him onto the training programme in 1952. His experience and motivation meant that he progressed rapidly, and became a consultant in RIE after only four years, an appointment he held until retirement in 1985 apart from spending a year (1962-3) in Dallas, USA.

Alastair’s early consultant role was with the cardiothoracic unit where he demonstrated the benefit of the anaesthetist’s involvement in postoperative care, particularly the use of artificial ventilation, in securing good patient outcomes. He was also involved in the setting up (1960) of the Infirmary’s unit for the ventilation of general patients, and developed (starting as a trainee) considerable expertise in the management of postoperative pain. From 1969 he worked with the general surgeons in the associated Chalmers Hospital, their standards of care meaning that it became the unit of choice for Edinburgh doctors and their families, and a setting where Infirmary trainees often found their first experiences of new drugs and equipment. He contributed much to our organisations: Scottish Society: Registrar’s Prize winner (1955), Hon Secretary (1963-7), President (1978-9), Gillies Lecturer (1986); Edinburgh & East Society: President (1984-5); AAGBI: council member (1964-7); Scottish Standing Committee of the then FARCSEng: Hon Secretary (1973-7). He was elected FRCSEd in 1981.

Alastair met his wife, Marjorie (also a doctor), when working in general practice, and they had four children, two of whom are doctors. He & Marjorie were generous hosts, and Alastair was a lover of good food, wine & music, a keen photographer (especially on his travels), an enthusiastic golfer and, towards the end of his career, pursued an Open University degree in ‘Earth Sciences’ (geology etc). Interested in history he was President of both Scottish (1984-7) & British (1991-3) Societies of the History of Medicine, and the Old Edinburgh Club (1987-90). In 1981 he was awarded the FRCSEd without examination and appointed Honorary Archivist to the Royal College of Surgeons of Edinburgh, ordering its historical fellowship lists and publishing beautifully illustrated accounts of the College’s artefacts.

Sources and any other comments: Obituary. The Scotsman, 02/12/2009 | Personal recollections and family papers.