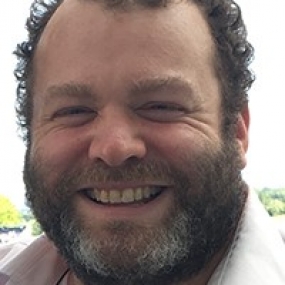 Dr Alexander Fletcher was a Consultant in Anaesthetics and Intensive Care Medicine at the Royal Surrey County Hospital in Guildford, Surrey. He died in a car accident on 26th October 2018.

Alex was born in the British Military Hospital in Berlin where his father, an officer in the Army, was temporarily stationed. After a nomadic early start to life, Alex went to Papplewick Prep School in 1987 and then on to Wellington College in 1991, where he excelled both academically and in the sporting arena. He was also a talented artist and gifted sculptor.
He trained at Charing Cross and Westminster Medical School (latterly Imperial College School of Medicine), where he played a significant role in the varied aspects of student life, and became captain of the 1st XV Rugby team in 2001.

Following posts as a junior doctor in London and Surrey, he began his Anaesthetic training at St. George’s Hospital, London. His interests broadened to encompass Intensive Care, with further placements at UCLH and the Royal Brompton Hospital. He became a Fellow of the Royal College of Anaesthetics in 2010 and completed a post-CCT fellowship in Cardiothoracic Anaesthesia at the Harefield Hospital. He also obtained his European Diploma in Intensive Care and Fellowship of the Faculty of Intensive Care Medicine.

He had enjoyed his time as a house officer at the Royal Surrey County Hospital and it was to Guildford that he later returned, to be appointed as a Consultant in 2014. His four years here were the happiest in his working life; combining a varied workload and the challenges of intensive care, with an opportunity to share his talents and generosity with a team of dedicated colleagues and friends.

He was a hugely popular member of the department, equally at home anaesthetising a challenging gastro-oesophageal case, managing an acutely deteriorating patient or providing support to worried relatives.  He approached his work with confidence, a high level of skill, a knowing twinkle in his eye; but most importantly, with a warmth that will always be remembered by his colleagues. He was much loved by staff throughout the hospital, and will be desperately missed.

In addition to his prowess on the rugby pitch and his love of the arts, Alex had a passion for nature and the countryside. He was also renowned for his encyclopaedic knowledge of film and music trivia. However his overriding joy was undoubtedly his family. He leaves his wife, Nikki, a Consultant Paediatrician; and their three children (Tom, Zoe and Ben).