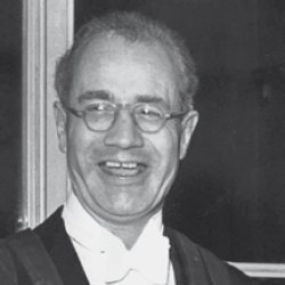 After house appointments he took up anaesthetics becoming Senior Resident Anaesthetist and R.M.O. at the Home at St Thomas’s. Ronald Woolmer became an anaesthetic registrar at Westminster Hospital in 1939 three months before joining the Royal Naval Volunteer Reserve, reaching the rank of Surgeon Commander. He was awarded the VRD (Volunteer Reserve Decoration). After the War he spent a short time as Honorary Anaesthetist to the Woolwich Memorial Hospital before he became Senior Lecturer in Anaesthetics in Bristol in 1946, later becoming Reader. In 1957 he became the first Director of the newly created Research Department of the Faculty of Anaesthetists in the Royal College of Surgeons, becoming the British Oxygen Company Professor in 1959.

He was the first President of the Biological Engineering Society, a Vice-President of the International Federations for Medical Electronics and he was a founder member of the Anaesthetic Research Group (Society). He travelled widely, studying research methods in the USA and contributed to the British Council negotiations in Uruguay to introduce safe anaesthetics and training. His interests in electronics centred around improving patient safety in particular developing ways of monitoring, of automating measurement devices and creating audible and visible alarms designed so that an anaesthetist would not be overwhelmed by information. In 1960 he gave the Kelvin Lecture to the Institure of Electrical Engineers, the first physician to do so. After his premature death the Institute of Physics and Engineering in Medicine instigated an eponymous lecture in memory of his contribution to developing a multidisciplinary approach to biomedical engineering. He became a member of the first Board of Faculty of Anaesthetics and served as Vice-Dean of the Faculty for two years. He was an examiner for the FFARCS. He published widely and was a member of the Editorial Board of the British Journal of Anaesthesia. He was awarded the Henry Hill Hickman medal for his contribution to Anaesthesia, but sadly died before a formal presentation could be made.

His father was a mining engineer and so Ronald spend much of his early boyhood abroad in Russia, Canada and New Zealand. He was a heavyweight boxing Blue, and enjoyed swimming and skiing. He married Marjorie Seafield Grant on the 27th August 1937.

Sources and any other comments: The Academic Anaesthetists 1950 – 2000, Volume 2 A work in progress Michael J Harrison, MD FRCA FANZCA; Medical Directory 1939; ipem.ac.uk; In Memorium, Annals of the Royal College of Surgeons of England, 1963 p129 - 131. Photo from Colege collection.