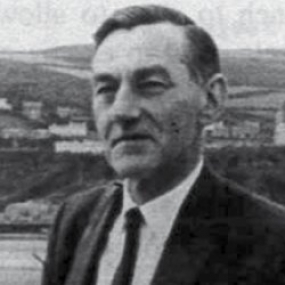 Pask worked at The London (House Surgeon and Receiving Room Officer) after qualifying and then moved to the Nuffield Department in Oxford as Junior Assistant in 1940. He joined the RAF in 1941, serving throughout WW2 at the Physiological Laboratory (later the Institute of Aviation Medicine) at Farnborough. After the war he spent time with Ralph Waters in the USA to complete his clinical training before being appointed Reader at the University of Durham (although working in Newcastle-upon-Tyne) in 1947, and Professor in 1949, a post he held until his death in 1966.

During WW2 Pask undertook groundbreaking work on the problems faced by airmen, studying both the design of life-jackets to keep an unconscious person’s face clear of the water and the consequence of baling out of an aircraft at high altitude. The research required a human subject, and that subject was Pask who was anaesthetised, paralysed, hyperventilated or made hypoxic in various combinations to replicate the conditions to which aircrew were exposed. As a result of this work he obtained an MD thesis on the use of anaesthetic techniques in such simulation, an OBE(Mil) in 1944, the reputation as ‘the bravest man in the RAF who never flew an aircraft’, and lasting damage to his health. Some of the work was depicted in the film ‘In which we serve’ and a fuller account can be found in Dr ID Connacher’s paper referenced below. A war-time project in a lighter vein was an attempt to produce an oxygen mask to allow Churchill to smoke his cigars while being flown at altitude. Perhaps unsurprisingly, oxygen enrichment produced very rapid incineration of the finest Havana so the the project was abandoned before the then Prime Minister was exposed to the risk of similarly rapid incineration!

In Newcastle he built a department with great research potential, contributed to the administration of the Royal Victoria Infirmary and, on the broader front, served the organisations of the specialty. He was a member of the Foundation Board of Faculty (later Vice-Dean), Honorary Treasurer of the AAGBI and President of the Section of the RSM. He received the AAGBI’s John Snow medal and gave the Clover Lecture to the Faculty. He died just a few days before he was to receive an Honorary FFARCS. Subsequently, the RNLI (of which he was a committee member) awarded him a posthumous Silver medal for “ceaseless work and outstanding devotion to the cause of saving life at sea”.

Pask was the son a fruit importer, and his young brother, Gordon, was a pioneer of cybernetics. His sudden death (from myocardial infarction) was thought to be related to the injury sustained during the war-time experiments although tobacco played its part. He was survived by his wife, Muriel, and their daughter. The Pask Award of the AAGBI is named for him.