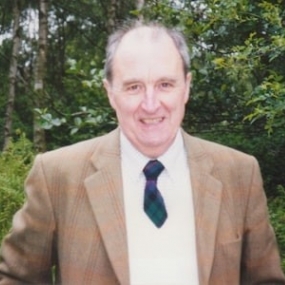 Dr Joseph Stoddart, (Joe) who has died aged 87 was,  in the 1960s ,one of the pioneers of the specialty of Intensive Care. Today there are around 200 Intensive Care Units across the UK, 3000 Consultant Intensivists and over 200,000 patients are admitted each year with increasingly successful outcomes. The initial stimulus for this development came from patients who had respiratory failure and  grew out of the major polio epidemic in Denmark in 1952 where iron lungs were developed to breath for patients whilst they recovered. Successful immunisation against polio eradicated this cause of lung failure but the experience gained with polio led on to the development of much more effective mechanisms of ventilator support. Iron lungs used an external negative pressure to inflate the lungs but they were not very effective. Positive pressure ventilation by inserting a tube into the windpipe and inflating the lungs ,initially by hand, but later by machine revolutionised the outlook for those whose lungs had failed. Stoddart was at the forefront of the development of new techniques and equipment .

In the 60s patients with respiratory failure were usually looked after in a side room off a ward and cared for either by an anaesthetist , physician or sometimes a surgeon. The very bad influenza epidemic of the winter of 1969 was the stimulus to rationalise the care of patients who could be treated with improving mechanical ventilation. A complete surgical ward was commandeered for the duration of the flu epidemic. Joe Stoddart seized the opportunity in Newcastle to design and build a fit for purpose Intensive Care Unit which was one of the first in the country and was open within a year . Around the country a small group of like minded doctors were taking similar initiatives and in 1970 formed themselves into The Intensive Care Society of which he was the second Chairman. He is fondly remembered as being the gentleman of the group, always courteous and understanding.

As well as treating patients he was involved in a great deal of research and equipment development and in 1975 produced a 200 page book on Intensive Care which became a must read for all entering this field. The Intensive Care Society under his leadership developed training programmes and examinations for this emergent specialty.  In the early 70s kidney transplantation was becoming a very important new therapeutic procedure which relied on procurement of organs from patients who were brain dead. It was vitally important therefore that robust criteria were developed for determination of brain stem death. Stoddart worked closely with Professor David Bates to determine what the criteria for brain death should be and  Bates later chaired a national committee of the Medical Royal Colleges which clarified the code of practice for brain stem death which remains in use.

Joseph Charles Stoddart was born in Eston on the edge of the Cleveland Hills, the fourth child of a retail pharmacist. The family lived above the shop and it is likely that this is where the idea of medicine as a career came from. As a young man growing up he and his friends spent much time in the surrounding hills and forests . One of his favourite spots was Eston Nab which was the site of a lookout which had been built as part of the threat of Napoleonic invasion. He developed a fascination with Napoleon which lasted throughout his life and long into retirement he made the very difficult journey, on his own, the many thousands of miles to St Helena to visit the site of Napoleon’s death.

He was educated at Coatham Grammar School and Durham University Medical School .He took an interest in anaesthesia but his training was interrupted by national service in the RAF. This included two years at the Institute for Aviation Medicine at Farnborough where he came under the influence of Edgar Pask  who was famous for his development of survival suits for airmen and later for those going into space. When Squadron Leader Stoddart ended his national service Pask had become Professor of Anaesthesia in Newcastle and he invited him to join him as “first assistant” in his new academic department.

The Intensive Care Unit is a central part of any modern hospital and staff from many specialties came to rely on him for his wisdom and care of their patients. He set high standards and was always in his unit. He was a good listener and very supportive of the development of nursing in Intensive Care , trusting the nurses' hunches and treating everyone with respect. He always taught that good outcomes are a result of excellent team work and he inspired huge loyalty in his staff - they would walk over hot coals for him. He recognised that Intensive Care Units were frightening places for patients, visitors and staff. For many years the Unit had a prominent sign saying Noise Annoys.

He was an avid reader and collector of books especially if they had a Napoleonic connection and loved buying at auction. In retirement he took up book binding.

He married Sally in 1956 and they had four children one of whom became Chief Constable of Durham Police.