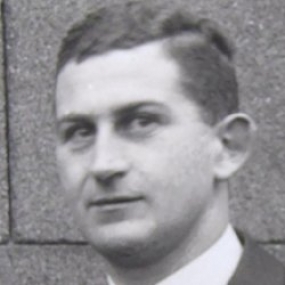 Also known as: 'The Boss'

After qualifying in 1923, Victor McCormick spent a short period working in England, but after his marriage he and his wife Margaretta set up together in general practice in the Dublin suburb where he was born. His interest in anaesthesia began through his friendship with Sir Arthur Ball, surgeon to Sir Patrick Dun’s Hospital, Dublin. He was appointed as Anaesthetist to that hospital in 1926, remaining on the staff until his retirement c.1967. He also held appointments at the Rotunda and Monkstown Hospitals in Dublin.

First examiner DA(RCP&SI), 1943; Lecturer in Anaesthetics, Trinity College, Dublin, 1948; Chairman, Anaesthetic Group, Irish Medical Association, 1949; President, Section of Anaesthesia, Royal Academy of Medicine in Ireland, 1949; Vice-Dean, Faculty of Anaesthetists, RCSI, 1959-64; Vice-President, AAGBI, 1961-3; Gave Inaugural Kirkpatrick Lecture, Faculty of Anaesthetists, RCSI, 1967. Nominated FRCPI in 1930. Awarded the DA(RCP&SI) in 1943 and FFARCSI in 1960, a foundation recipient in each case. Also awarded both MA and MD by Trinity College, Dublin in 1954. Published extensively on subjects such as trichloroethylene, curare and the future of the burgeoning specialty and its practitioners. “The status of the anaesthetist was his constant concern. No man did more………..to earn respect for the science and art of anaesthesia”. “A boss who never cracked a whip and who had the character to lead others by kindliness and encouragement”.

Victor McCormick joined the Army at the age of eighteen and was commissioned in the Leinster Regiment. During WW1 he saw active service in Macedonia, was wounded and invalided home in 1917. He married Margaretta Stevenson, a fellow Trinity medical graduate, in 1924. They had two sons and one daughter. From his early days he was interested in sport, rugby and sailing (Member, Royal Irish Yacht Club) in particular, and was a lover of the countryside; his happiest hours were spent in the company of his sons (both became doctors) and friends, shooting or fishing in the West of Ireland.