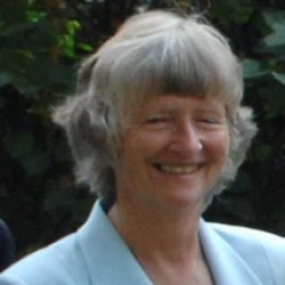 After pre-registration posts (medicine, St George’s; surgery, Battle Hospital, Reading) she was sequentially SHO in paediatrics, Hillingdon Hospital and SHO in medicine, Royal Devon & Exeter Hospital. She started her career in anaesthetics as SHO at the latter hospital and continued there as registrar before moving back to London as senior registrar at the Westminster Hospital. She spent a year as senior resident to the Respiratory Care Unit of the Toronto General Hospital before being appointed a consultant to Westminster & St Stephen’s Hospitals circa 1978. By 1985, now married, she had left London and was living in Dorset, but without a definitive appointment. A decade later she was consultant to Salisbury District Hospital and Dorset Community NHS Trust, Dorchester, appointments she held until her death.

She had a particular interest in day surgery, and was Director of the Salisbury Day Surgery Unit from 2003.

Married to ‘Strat’ Liddiard, a GP, they had one daughter, Zoe. She and her husband were keen croquet players.

Sources and any other comments:
[1] Dr G S (Strat) Liddiard, her widower who provided the photograph. [2] Dr Jeremy Church, a colleague