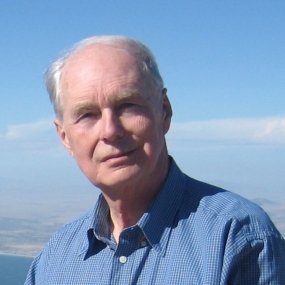 After pre-registration posts at Ashford (orthopaedics) & the Middlesex (medicine) Hospitals, he was JHO, then SHO in anaesthetics at the latter (1957-9). Having deferred national service while starting his training he joined the RAF as a junior specialist in 1959, and spent two years at St Athan RAF Hospital in Glamorgan. He returned to the Middlesex to complete his training there as registrar (1961-3) and SR (1963-7). In an arrangement not unknown at the time, he was appointed to two consultant sessions per week at the cardiac unit at Harefield Hospital, but otherwise continued as a part-time SR until 1967 when he was appointed to Mount Vernon Hospital as well. He worked at both hospitals until retirement in 1997.

At Mount Vernon Hospital he worked with the burns and plastic surgery team, dealing particularly with the problems of craniofacial surgery. At Harefield he was closely involved with the development of cardiac surgery, starting with valve replacements and working through the full range of coronary artery, transplant and congenital corrective surgery in neonates.

Married to Phillipa, they had three children. Gardening, sailing and, later, golf were long time pursuits, and in retirement he was a frequent attender at Covent Garden for both opera and ballet.