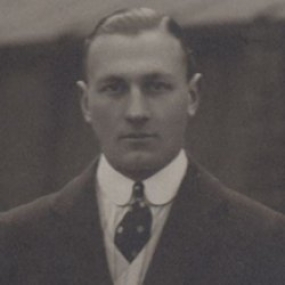 First appointment was senior house surgeon at the Westminster followed by assistant casualty medical officer at Great Ormond Street Hospital. He then combined GP in South Kensington with being physician to Queen Mary’s Hospital for the East End, also being appointed clinical assistant, usually a short term appointment, at Great Ormond Street. Pre-WW1 Medical Directories record an appointment as anaesthetist at the Samaritan Hospital although his BMJ obituary states that he did not develop his interst in anaesthetics until after the war. During that conflict he served in France, first as medical officer with the 10th Hussars, later in command of a Casualty Clearing Station outside Boulogne. His involvement in anaesthesia certainly increased after WW1 with appointments at West London and Samaritan Hospitals. About 1930 he dropped the latter and replaced it with the Freemasons (later Royal Masonic) Hospital, this situation continuing until after WW2. On the inception of the NHS he became consultant & lecturer in anaesthetics at the West London Hospital.

Particualrly interested in anaesthesia for abdominal & gynaecological cases, and much in demand as an anaesthetist for children. Awarded the DA(RCP&S) in 1935 without examination, and was one the last to continue working (successfully it is said) in both GP and anaesthesia. No retirement date has been identified.

Son of a GP in London, his studies were interrupted by service with the Royal Fusiliers, and he received the South African War Medal in 1902.