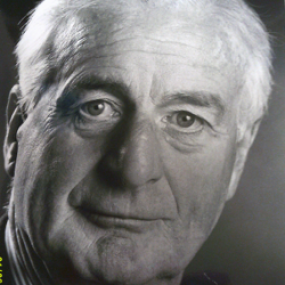 After National Service returned to King’s to train in anaesthetics, also spending two years at the Peter Bent Brigham Hospital in Boston, USA. Appointed a consultant in Salisbury in 1957, he worked there until retirement in 1989.

He established the department in Salisbury, was its acknowledged leader for many years, and set up & directed its ICU, one of the first in Wessex. An early proponent of both fibre-optic intubation and the laryngeal mask, he also drew national attention to the need for the same standards of monitoring to be applied to sedated patients ‘outwith’ as in the operating theatre.

As well as winning his University Blue for soccer he played for Dulwich Hamlet, Corinthian Casuals & Bolton Wanderers, the latter then being one of England’s leading teams and meaning that he played centre half behind the legendary Nat Lofthouse. He married Joan in 1947, they had two children, and he was also a keen fisherman & golfer.

Sources and any other comments: Obituary. BMJ 2001; 322: 1493 | Much detail is recorded in an album complied by Dr David Lintin and held in the anaesthetic department of Oldstock Hospital, Salisbury.