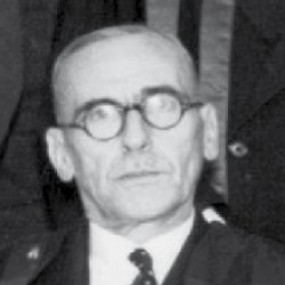 John Challis started at medical school in 1913, but was called up at the outbreak of the first world war and served as a combatant throughout, rising to the rank of captain. He resumed his studies after the war and became interested in anaesthesia as soon as he qualified. He was appointed resident anaesthetist at the London and was elected honorary assistant anaesthetist in 1931. In addition to an extensive private practice he also served as an anaesthetist to a number of hospitals including The King George V at Ilford, the Southend group, the Royal National Throat, Nose and Ear, the Bearsted Memorial, the Plaistow Maternity, the Thorpe Coombe Maternity, the London Lock and the Jubilee at Woodford. During the second world war he returned to the army as an anaesthetist to a mobile cerebral surgical unit. Within fifteen days the unit was overrun by the Germans after which he spent three and a half years as a prisoner of war, where he gave many anaesthetics in primitive conditions. He returned to the London Hospital for the rest of his career.

John pioneered the transition from rag and bottle to the more advanced techniques such as tracheal intubation, to all the units he worked in. He visited the USA to broaden his outlook and in 1933 accompanied Sir Henry Sessions Souter to India to operate on a relative of the Maharajah of Nepal, the journey involving an epic flight of 5-6 days each way. In 1936 he served as vice-president of the Section of Pharmacology and Therapeutics, with Anaeshetics at the annual meeting of the BMA. He was President of the Anaesthetic Section of the Royal Society of Medicine in 1947-8, addressing the importance of the teaching of anaesthesia in his presidential address. He was a founder member of the Council of the Faculty of Anaesthesia of the Royal College of Surgeons in 1948. He made numerous contributions to medical literature and was part author of several books.

In his youth John was an enthusiast for winter sports and he had a life long love of horses and antique furniture. He married Margaret Llewelyn Jones in 1931 with whom he had three daughters. His experience as a PoW permanently undermined his health and he suffered increasing physical disability throughout his career, this ultimately leading to his premature death from chronic lung disease at age 61.