Marrett was sequentially house physician, house surgeon & house anaesthetist at Bart’s, and then progressed rapidly to be SR by the time he joined the RAMC in 1943. He went ashore with a Casualty Clearing Station on Juno Beach on D-Day, and later followed the advance through Europe as a Major with a Field Surgical Unit. In 1945 he was relieved of other duties to work on developing anaesthetic apparatus for the army and, as a civilian consultant, continued to work on this after demobilisation in 1946. In 1948, with the promise that it would become a consultancy, he took a post created by Coventry’s Health Authority in anticipation of the NHS. The first specialist anaesthetist in Coventry, he remained there until he retired in 1979.

He became interested in mechanical engineering while at school, and it played a major part in his career. As a trainee he produced a portable draw-over apparatus which could be used with trichloroethylene for wound dressing analgesia as well as anaesthesia. Because it did not require cylinders he predicted that it would have battlefield application and, once he was in the RAMC, he used it in the field as well as another apparatus requiring minimal oxygen supply that he made by adapting German rescue equipment. These items attracted the attention of his seniors, being superior to standard issue equipment so he was employed to design a replacement. It included many features which became standard on other equipment, and the work earned him an award from the Royal Commission set up to recognise wartime inventors (see Proc Hist An Soc 1994; 15: 18-23 for his own account of his work).

As the first specialist in Coventry he had much to do with establishing services after WW2, initially working quite happily with two nurse anaesthetists (a rare experience in the UK), they having provided much routine anaesthesia after the blitz. The advent of halothane led him to research its use in the closed circuit, and more engineering, development of the Medrex apparatus in 1958 to provide dental anaesthesia without hypoxia. His work was marked by a number of societies: Society of Dental Anaesthetists (president, later honorary life member), Hickman Society (founder member) and HAS (honorary member). The AAGBI considerd his devices important enough to include them in its Heritage Centre. 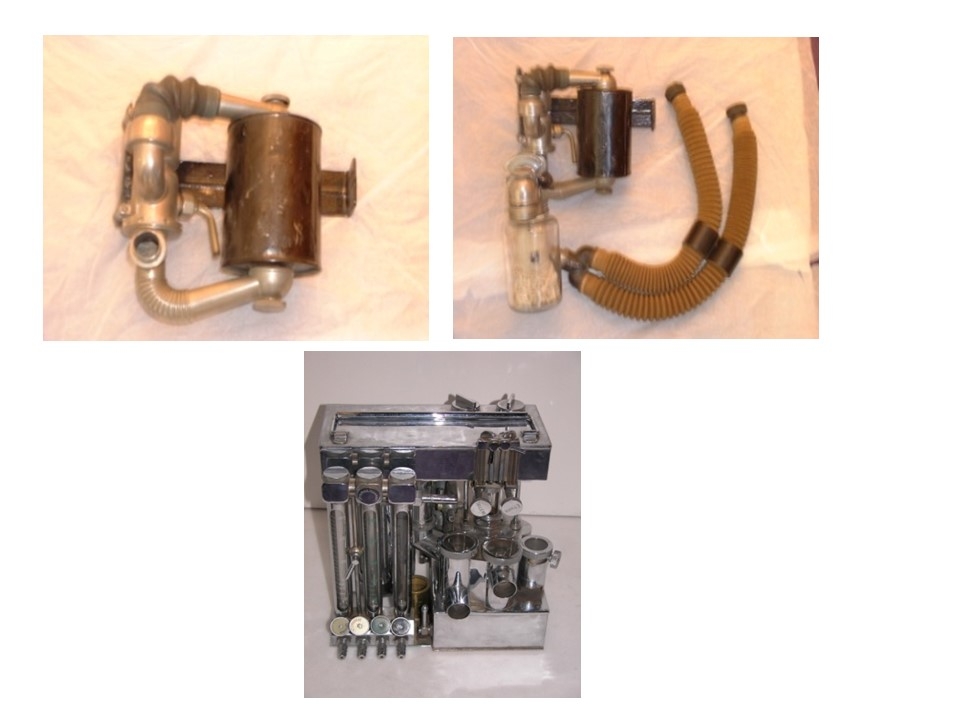 The son of a doctor who also served in the RAMC - during WW1. He married Jackie (Jacqueline, nee Marsh) and they had two sons, one an engineer, the other a golf administrator. A keen sportsman, he was a County level hockey player, and later was captain of Kenilworth Tennis Club, and both captain & president of Coventry Golf Club. His love of engineering was further expressed through renovation of veteran cars (taking part in several London to Brighton ‘runs’) and producing his own ‘buggy’ when a walking disability threatened his golf!