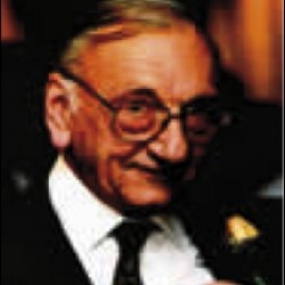 Qualifying during WW2, Rees immediately joined the RAF, first serving as a Medical Officer (1942-1945) before attending a post-graduate course in anaesthetics at Oxford (1945-46) and ending his service as a junior specialist (anaesthetics) at RAF Cosford (1946). In 1947 he returned to Liverpool as anaesthetic registrar at the Royal Southern Hospital before being appointed demonstrator in anaesthesia, University of Liverpool, and consultant anaesthetist to several adult hospitals (including the Royal Liverpool) and Alder Hey & Royal Liverpool Children’s Hospitals in 1949. Subsequently he gradually relinquished sessions in the adult hospitals to allow him to specialise in paediatric anaesthesia and intensive care. He retired in 1983, but was immediately invited to spend a year as Visiting Professor of Paediatric Anaesthesia in the Erasmus University of Rotterdam.

Jack Rees became a world-renowned anaesthetist, initially working with his life-long friend, Thomas Cecil Gray, on the development of the ‘Liverpool Technique’, which combined neuromuscular blocking drugs with light general anaesthesia. Crucially, Miss Isabella Forshaw, a surgeon at Alder Hey Children’s Hospital, persuaded Rees to develop anaesthesia for children to make advances in their surgery possible because, at the time, it had to be performed very rapidly. Children did badly after prolonged anaesthetics, but Rees saw that those having major surgery with the Liverpool technique were better post-operatively than those having minor surgery with ‘traditional’ anaesthetics. He introduced the new approach for all paediatric surgery, and allowed surgeons to take as long as they needed to carry out increasingly complicated procedures.

Rees expressed satisfaction at being able to refute the notion that paediatric anaesthesia was simply a matter of adapting adult techniques. He did not simply import the Liverpool technique to paediatric practice, but identified differences in the physiology of neonates and children to devise anaesthetic techniques which were applicable to them. Further, he noted that the exchange between the paediatric and adult worlds was a two-way affair, with two notable examples illustrating this. First, experience of using prolonged endotracheal intubation instead of tracheostomy in children with croup led him to do the same in those needing prolonged lung ventilation. Children tolerate tracheostomy badly, their tracheas tending to collapse once the tube is removed, and the practice of allowing more prolonged endotracheal intubation soon spread to the adult world. Second, it was recognised that the rapid rates of lung ventilation used in children did not allow airway pressure to fall to zero, so preventing their small airways from collapsing, so maintaining alveolar ventilation and preventing ‘shunt’.

The idea of maintaining a positive pressure during expiration was also adopted in adult intensive care and was known as positive end-expiratory pressure. Rees was first and foremost a dedicated clinician; to work for him was to learn how to be a truly caring doctor as well as to practice a very high standard of paediatric anaesthesia. Although he published over 20 papers he was a self-confessed ‘reluctant writer’, preferring to teach in the operating theatre, although he was an excellent lecturer, particularly of physics for the Liverpool Department of Anaesthesia and elsewhere. His work in paediatric anaesthesia and intensive care revolutionised these specialties and he was undoubtedly the most influential figure in those specialties world-wide. He contributed to the organisations of the specialty, and not just those related to paediatrics, for he was President of the Liverpool Society of Anaesthetists (1966-8) and the Section of Anaesthetists of the Royal Society of Medicine (1981-2). He was a founder member, and second President (1976-9), of the Association of Paediatric Anaesthetists, GB&I, and first President of the European Association of Paediatric Anaesthetists (1986). Such contributions brought many awards and honours: Hon FFARACS (1964); Frederick Hewitt Medal, FARCSEng (1967); Hon FFARCSI (1980); Hon MD Uruguay (1983); Hickman Medal, RSM (1990); John Snow Medal, AAGBI (1992); Robert M Smith Award, American Academy of Pediatrics (1993); FRCP by Election (1994); Hon FRCPCH (1994).

Jack Rees was a very companionable man, a popular member of the Liverpool Athenaeum, which nominated him as one of only five distinguished citizens from the whole of Merseyside who had contributed locally, nationally and internationally to the advancement of knowledge and humanity. Jack Rees married Elizabeth Schofield in 1942. They had a daughter and three sons, one of whom, Andrew, became Regius Professor of Medicine at the University of Aberdeen.

Author: Authors: Dr A A (Tony) Gilbertson and Dr Raymond Ahearn (both trained by Dr Rees and later enjoyed his friendship).

Sources and any other comments: The authors are indebted to publications by Dr Gordon Bush (see Anaesthesia 2001; 56: 370-1), Dr Anne Florence and Professor T Cecil Gray that supplied much valuable information about Dr Rees’s professional life and honours. Jack’s interviews with the Royal College of Physicians and Oxford Brookes University Medical Sciences Video Archive MSVA 139 provide much background information, in particular about the introduction of prolonged endotracheal intubation as well as about his travels and world-wide friendships.