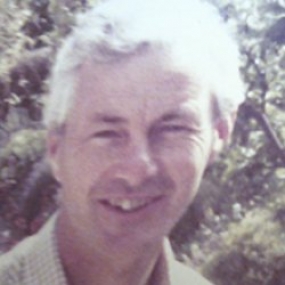 House appointments were at St Bartholomew’s (orthopaedics), Redhill (surgery) and Poole (medicine) where his interest in anaesthetics began. Two years in the specialty in Poole were followed by two more at the Westminster and then appointment as a senior registrar rotating between Hammersmith & Salisbury. He was  appointed consultant at the latter in 1973, working there until his death.

In Salisbury he introduced spinal anaesthesia to the obstetric service, started pain clinics, and contributed to the establishment of the Central Sterilising Supply Unit, then a new concept.

An inspiring colleague, much appreciated for both his personal and professional abilities, he was a committed Methodist. A trained wildlife observer and passionate naturalist, he ringed birds for the British Trust for Ornithology. Sadly he was killed when swept off a rock by a freak wave while filming on Scarp in the Outer Hebrides. Married to Louise, he had two children, Graham and Juliet (now Wilson & married to an anaesthetist in New Zealand),

Sources and any other comments: [1] Personal knowledge [2] Input from his widow and colleagues Drs David Lintin (whose departmental album in Salisbury was the source of the photograph) & Alastair Lack.