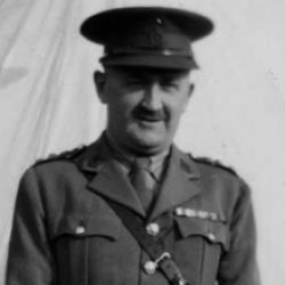 Early appointments were clinical assistant to the Children’s Dept of St Thomas’s Hospital, RMO to the General Lying-in Hospital, London and house physician at Addenbrooke’s Hospital, Cambridge. During WW1 he saw service with the RAMC in several campaigns, winning the MC for tending wounded soldiers while under fire. Budd subsequently returned to general practice in Cambridge, also becoming medical officer to the Leys School & honorary anaesthetist at Addenbrooke’s. He became a consultant on the inception of the NHS, but remained on the honorary staff after retirement from that appointment in 1951. He is thought to have  continued to work in both anaesthesia and GP until his death.

A member of the first group to be awarded the DA(RCP&S) without examination in 1935 he was active in the TA (TD 1935 also), first attached to the Cambridge OTC, and was Colonel commanding the 2nd (1st East) General Hospital RAMC TA by the end of the war. He was appointed a  Deputy Lieutenant for Cambridgeshire in 1942.

The son of a stockbroker, he never married.