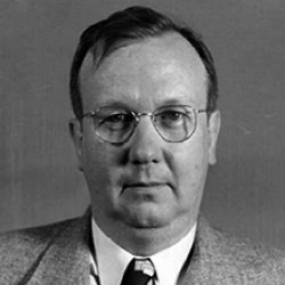 Also known as: ‘Monk’ to his medical classmates

After a year as an intern at Victoria General Hospital, Halifax, Nova Scotia MacKay was, from 1934 to 1940, a staff anaesthetist at Aberdeen Hospital, New Glasgow before serving in the Royal Canadian Army Medical Corps until 1945. After WW2 he was a registrar in the Nuffield Department in Oxford for two years, became Macintosh’s First Assistant (equivalent to Senior Lecturer) in 1947, and left for Madison, Wisconsin in late 1948. Inititally an Instructor, he was promoted to Associate Professor in 1949 and that year was the unanimous choice of his colleagues to succeed Waters as Chairman. However, in 1952 he resigned the Chair, and left Wisconsin to work in private practice, first in Redwood City, California, and later in Williamstown, West Virginia.

Is said to thave been judged a “superbly competent clinical teacher of anaesthesia” by his colleagues in Wisconsin, but Prof Lucien Morris (of Toledo, Ohio) thought him a man who “was more interested in treating patients and actively practicing medicine than being a professor and teacher”.

More information on MacKay’s life and career after he left Madison would be welcome.