Why would a retired doctor offer his services to help fight the 2020 viral pandemic ? 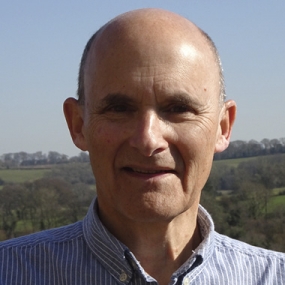 I am one of those doctors who always knew I wanted to follow a career in medicine. This may have been due to having suffered a traumatic injury as a baby which meant that I had undergone more surgeries than years of life by the age of 10. As an infant, I learned a few things about paediatric care in the late 50s, such as to never trust any healthcare professional because they frequently did not keep their word. This was the reason why I never said to a patient “This is not going to hurt!”. I have a long memory and it usually did.

If I had known what an anaesthetist was I don’t think they would have been the top of my list of favourite doctors as a child but I do remember being impressed by my first intravenous anaesthetic induction at the age of about nine as I did not like smelly gas inductions. I have to admit that when I saw the needle coming in my direction, I tried to escape but fortunately there were no parents in the anaesthetic room and the team managed to expertly hold me down. Despite what they might have thought, observing my behaviour, I preferred it to the gas.

Following graduation, I chose a career in anaesthesia and specialised in critical care medicine. I consider myself lucky that I chose the correct path for me. Accepting there are good days and bad days I would say that I thoroughly enjoyed my life in medicine. When choosing a path to follow it is important to understand what you are letting yourself in for. I realised that those working in anaesthesia and critical care are not at the forefront of the patient’s mind. They will forget or not be aware of the role of the anaesthetist. That never concerned me. I rejoiced in working in some wonderful teams and felt that not only did I know when things had gone particularly well but the team around me knew also. That said, there are times when one can be frustrated for the lack of recognition of our chosen specialty.

When I commenced as a consultant the retirement age was 65, with the option to retire on a full pension from the age of 60. As I approached 60 it was clear to me that I felt able to continue to work and so continued in full-time work, with full on-call, until the age of 65. Retirement at 65 was right for me. Despite considering myself quite resilient I was aware that my performance in some spheres of work was not the same as it had been when younger.

At the time of writing, March 2020, the world is in the grip of a global pandemic. There is a lot of data about the virus at the centre of this but it is not known why it kills some but not others, it is not known what the true mortality rate is and it is not known in what way surviving infection may confer immunity. The population of the UK is confined to their homes unless they are key workers. There are requests from a number of organisations for volunteers to help. Despite being close to 68 years of age and having a few co-morbidities I consider myself relatively fit; I walk the dog, cycle weekly and ski annually. While considering in what way I could help I received an email from the General Medical Council as did any doctor, in good standing, who had left full registration in the previous three years. The email said that as soon as the government made the relevant declaration my status would change to being fully licensed, unless I opted out.

My initial thoughts were what about the risks of contracting the virus? How would I cope with punishing shifts? Would I be more of a hindrance than a help?  It was reading descriptions of the effect of the emergency on healthcare workers that helped me make my mind up. People are being asked to work outside their comfort zone to help staggering numbers of very sick patients. The area outside of their comfort zone is the one I spent 35 years in working as a consultant. No, I have never seen anything like this global pandemic but yes, I have worked in chaotic environments. I have had to deal with many more patients than beds. I have had to modify equipment to satisfy the needs of patients and I have had to come to terms with the implications of caring for critically ill patients. I recognise my limitations and will only offer to do the things I am capable of doing well and safely but hopefully this will take some of the pressure off the current generations of doctors who are working so hard. To this end when contacted by my former Clinical Director to see if I was interested in returning to help. I said “Yes”.

In whatever way this pandemic pans out I do not think those of us working in anaesthesia and intensive care medicine will ever be seen in the same light again.