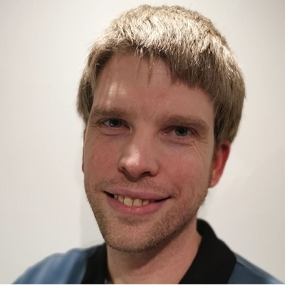 No Trace = Wrong Place - a reality in practice

‘Infectious certainty’ in a diagnosis which turned out to be wrong. This was one failure identified by the coroner investigating Glenda Logsdail’s death. As a profession, we have been in a similar place before, when failure of non-technical skills contributed to Elaine Bromiley’s death. We have come a long way in teaching non-technical skills, but there is still much more we can and should be doing.

Glenda Logsdail died as a result of undetected oesophageal intubation. The capnograph monitoring her had a flat trace. This was misinterpreted as severe anaphylaxis. Thus the wrong treatment was given and she became profoundly hypoxic. By the time the real problem was identified and corrected it was too late.

The coroner found that several things contributed to her death, many of them non-technical skills around hierarchy, leadership and teamworking.

No trace = Wrong place is the Royal College of Anaesthetists’ campaign to highlight the correct use of capnography to prevent undetected oesophageal intubation. Whilst it obviously covers the technical skill of reading the capnograph it expands into teaching about non-technical skills and encouraging multidisciplinary team simulation training. The College has produced flash cards to aid with the latter.

The campaign goes beyond anaesthetists, all staff working with patients who have advanced airway devices in place should be aware of it. It aims to empower them, regardless of position, to speak up if a flat capnograph is seen. We have improved with regards speaking up over the last decade. What has improved more slowly however is our ability to listen and follow up.

Leadership is a fine balance. Too little confidence can produce slow decision making and risks task fixation, (and without prior delegation, other important tasks will be missed). Too much confidence can foster expectancy and confirmation bias. It is very easy to convince yourself a task is complete, even when it is not. Especially a task performed easily hundreds of times before. When evidence is presented that contradicts your position, there is a failure of leadership if it is dismissed whilst only evidence that supports your position is sought and accepted.

The aviation industry remains ahead of healthcare with regard to human factor training. Lately there has been a big emphasis on humility. Not being afraid of being wrong, having an open mind and actively asking the team for suggestions by using open questions. We need to embrace this within our sector.

Another way to try to prevent deaths like Glenda’s would be to perform a two person double check of intubation. These already work well in other areas of healthcare and other sectors. The Operating Department Practitioner is ideally placed to be the second person; confirming with the anaesthetist that the trace is present and thus intubation has been successful. This would hopefully reframe oesophageal intubation from a ‘failure’ or ‘mistake’ to merely a ‘lack of confirmation of completion’. This is much easier to raise as a team member and accept as a leader.

Crisis simulation training, within everyone's usual teams, will enable all technical and non-technical skills to be practiced in a safe environment. This will improve both teamwork and leadership. There are calls for this to become mandatory. I would support this. The questions would then be mandatory for who and how often? We must also increase the inclusion of non-technical skills in curricular and revalidation criteria, so that they become as mainstream as technical skills.

We have a much better understanding of non-technical skills today than we did even five years ago. We now must ensure they are effectively taught to everyone. We need to be practicing them on a daily basis and in combination with regular crisis simulations so that they can be effectively used when needed to save lives in real crises.