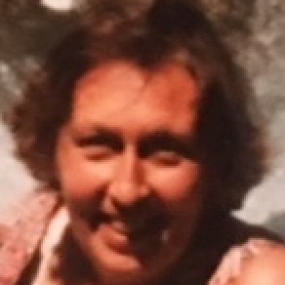 Morag was born in London in 1928 to parents from Scotland who each came to work in the Civil Service in London.

Her brother  Ian was born in 1932 and the family lived in Kenton in London until 1939 With the outbreak of war, due to her father's work for the Admiralty, she moved to Bath until 1942 then she had to travel on an Atlantic convoy to  Washington and was there from 1943 to 1944.

After the war she returned to Haberdasher's school until 1946 before moving onto the Royal Free Medical School, qualifying in 1952 with MRCS:LRCP in January then MB:BS in May. She met her future husband John whilst doing locum work in the same year.

In 1957 she gained her Anaesthetic Fellowship and later had her daughter Gillian.

In 1958 she returned to the Royal Free Hospital as registrar and then senior registrar and also had her second daughter Jennifer in 1960.

In 1961 she took up a part time consultant post at the Elizabeth Garret Anderson hospital and had her son Gordon in 1964 following which she wrote to the British Medical Journal along with 24 other female doctors to campaign for part time jobs to be offered individually rather than amalgamated with other posts to make full time equivalents, as this penalised female doctors with young families seeking part time employment.

In 1966 she moved to York as her husband had accepted a consultant post there.

In 1967 she took up a locum appointment in York which became a substantive post as anaesthetic consultant from 1968 through to 1988 when she retired at the same time as her husband John. They enjoyed retirement together until John passed away in 2003 after 48 years of marriage.

In retirement she enjoyed societies and travel and particularly art, archaeology, architecture and walking.