One Woman’s Lifetime in Anaesthesia: no barriers encountered 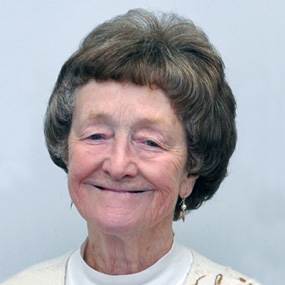 I was born wanting to be a doctor – I never wanted to do anything else. I remember going for a medical before I started school aged five – the female doctor asked me what I wanted to be when I grew up. I said “A doctor just like you” – she was old, tall, heavy and grey….! I went to an academic, all-girls school, making life-long friends. My sole aim was to get to medical school, whatever the challenges might be.

My first post after graduation was on the professorial surgical unit in Dundee. I was the only female doctor on the team, but I never thought about it – this was where I wanted to be. By many I was called nurse, but that never bothered me. It was at that time that I first noticed anaesthetists. I couldn’t understand how the drugs they were using induced and maintained sleep. I wanted those skills too.  So I started anaesthesia in Dundee. It was a sound clinical base for a beginner, but I realised that I needed to move to a larger centre for a greater breadth of experience. I was taken on at Alder Hey Children’s Hospital, Liverpool. At that stage I never imagined I’d be a consultant anaesthetist. At the end of the year, I was encouraged to apply for the regional registrar rotation. Through the following three years, I received nothing but support from my senior colleagues as I rotated through various sub-specialities in anaesthesia.

As I came to the end of it, I realised that I didn’t just want to be a consultant anaesthetist, I wanted to be involved with postgraduate teaching and research. I successfully applied for a lecturer’s post in the University Department of Anaesthesia to work under the newly appointed chair, Professor John Utting. He mentored me for the rest of his life, and I continued to develop in an atmosphere of constant encouragement and constructive criticism. With Professor Ron Jones, a veterinary anaesthetist with whom I did animal research, and Dr J Edmund Riding, past Dean of the Faculty of Anaesthetists, I was pushed, against my better judgement, into the national world of anaesthesia. I became secretary of the Anaesthetic Research Society and in 1989, I was elected onto the BJA Board, the first woman to do so. I was very aware of the responsibility I had to succeed on this board.  In 1997, when the Editorship of the BJA became vacant, my peers encouraged me to apply. I was surprised by the suggestion but undertaking that onerous and challenging role from 1997-2005 was the greatest achievement of my professional life. I enjoyed the stimulation of working with the editorial board – it elevated me to higher intellectual levels. Gradually, more women joined the Board and their contributions have been significant in the growth of this journal. I became Chair of the Board in 2006, serving six years in that position. Being Chair had different challenges, but I tried to make every board member feel they were an important part of the team. An all-encompassing team approach in clinical practice is one of the topics discussed in the Women in Anaesthesia Special Issue.

After I had completed my tenure as Editor in Chief, I became involved with the European Society of Anaesthesiology. I was appointed the first female chair of the Scientific Programme Committee from 2006-10. It was a new experience to chair a board of 25 people who spoke a variety of languages, many of which I did not understand! There was no place for nuance, or body language, only plain speaking. The different challenges that female anaesthetists face around the world is also considered in the Special Issue.

I have thoroughly enjoyed my career, and still try to serve the BJA. I have been fortunate with the mentorship I received from clinicians and academics, most of them men. There was one lady anaesthetist at the Royal Liverpool University Hospital who continually encouraged me, Dr Joan Kelly. She had the highest of professional standards, never tolerating laziness or inferior clinical practice. But whatever my concerns, she told me straight if I was wrong or deluded, and pushed me into tolerating all types and conditions of men, and women.

I have tried to emulate my mentors, especially in encouraging women to follow an academic career and have tried to become a role model for the next generation as my mentors were for me. The Special Issue of the BJA on Women in Anaesthesia gives advice on how to formally develop mentoring and leadership roles. There have been difficult men for me to deal with along the way, mainly in senior academic positions. But the more difficult any male Dean or sub-Dean was, the more determined I was to live above them. A degree of cynicism is required to survive in academic life, whether you are male or female. I have done so and would chose no other path. I had greatness thrust upon me and am forever grateful for it.