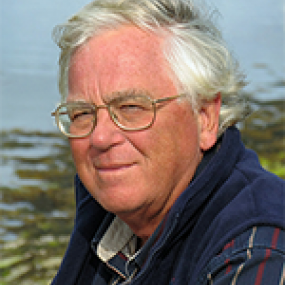 Stuart Ingram was a Consultant Anaesthetist at The National Hospital for Neurology and Neurosurgery for nearly 30 years, and died there on 19th May 2016 from head injuries after an accidental fall.

Stuart qualified in medicine at St Thomas’ Hospital, and trained in anaesthesia at St Thomas’ and The Westminster Hospital. He spent some months at The Serafimer Hospital in Stockholm, an experience he valued greatly. He was appointed Consultant Anaesthetist at University College Hospital and The National Hospital in 1976.

Stuart was a leader and a gifted administrator. He was at various times, Secretary of the Medical Committee at the National Hospital, College Tutor at UCH, Lead Regional Educational Adviser, Anaesthetic Coordinator of The National Confidential Enquiry into Perioperative Deaths (NCEPOD), a member of the National Institute for Clinical Excellence (NICE) , President of the Neuroanaesthesia Society of Great Britain and Ireland, Council Member of the Royal College of Anaesthetists, Chairman of the FRCA examination, and Vice-President of the Royal College. He published extensively on neuroanaesthetic topics, and edited two textbooks, but his main, and very significant, contributions lay in the reports he co-authored on the findings of successive NCEPOD investigations. His honours included the Dudley-Buxton Prize of the Royal College and Honorary Membership of the Association of Anaesthetists.

Stuart took some pleasure in describing himself as a practical, rather than an “academic” anaesthetist, but he was actually very interested in the scientific basis of anaesthesia, and took great pains, often out of hours, to make sure that his trainees satisfied the examiners. He was exceptionally generous with carefully considered career advice, and was a notably kind man, much admired by a generation of juniors.

Not long after his election as Vice President, Stuart needed treatment for carcinoma of the thyroid. He decided to take early retirement, sold the family house, and commissioned a bespoke yacht, which incorporated some unusual features that he and his wife and co-skipper Annabelle deemed important, such as an integral music stand. Their careful preparation and expert seamanship resulted in a largely trouble-free two-handed circumnavigation and an extremely amusing blog. They were praised in New Zealand for going straight back out to sea to help a yacht in difficulties during a storm, despite having themselves just reached port after a long passage, and later towed a disabled yacht 350 miles through Indonesian waters.  Stuart was appointed Rear Commodore of the Royal Cruising Club in 1999.

Stuart acquired an international reputation in both medical and sailing circles, and had a deep love of music and literature. However, despite this “establishment” profile he had a markedly subversive streak, which coupled with a very ready wit, made him a marvellous raconteur. Vigorous conversation was probably his principal pleasure; he loved company, gossip, and a verbal contest. But Stuart also excelled at practical tasks, and would happily re-wire a house, or install a chimney, and whatever he did was done carefully and skilfully.

His fatal accident occurred as he was climbing aboard his boat in darkness and bad weather. He is survived by Annabelle, sons Peter and Alistair, and four grandchildren.