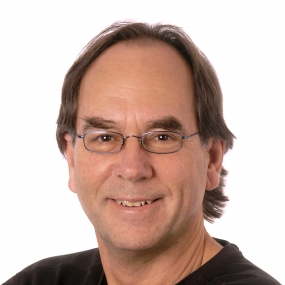 Rob (or Bob) Eyres (Feb 25, 1944 – Feb 15, 2020) will be remembered as a perspicacious, inspirational and charismatic larger than life extrovert, a bon vivant, a brilliant anaesthetist with enormous intellect, a gastronome, an oenophile with a razor-sharp palate, and for his penchant for motor sports. He was a world renown and major contributor to paediatric anaesthesia, intensive care and pain management as a clinician, researcher, teacher, mentor and administrator. Internationally, Rob’s contribution was legendary, helping forge the now-thriving global paediatric anaesthesia community.

Rob was born in Deniliquin, NSW where he attended the local primary school until Grade 6. In 1957, he moved to Melbourne where he boarded at Caulfield Grammar School and rowed for the firsts. He finished matriculation in 1961 with top marks.

According to his mother Elizabeth, Rob was a born engineer (and this became evident later in his life).  His older sister Margaret had studied nursing and said to Rob, “why don’t you do medicine, as that is engineering of the body”.

He commenced studying medicine at Melbourne University in 1962. After graduating, Rob travelled to the UK on a cargo boat as ship’s doctor. He returned to Melbourne in late 1969 to marry his wife Olivia, and they set off to London together where Rob started anaesthesia training at Whipps Cross Hospital. Rob was the third person awarded the Fellowship Prize by the Faculty of Anaesthetists of the Royal College of Surgeons of England, his on the results of the January 1974 Final Fellowship Examination.

Kester Brown got wind of a bright young Australian anaesthetist and paid Rob a visit at his home to interview him when he was visiting London. Kester offered him a 6 month registrar job at the Royal Children’s Hospital (RCH) in Melbourne. In 1975, Rob, Olivia and their first daughter Sophie returned to Australia aboard the TSS Fairstar, he as ship’s doctor.

The hospital made an error, appointing him for 12 months instead of six. In his book Catalyst, Kester wrote, “Rob proved to be an outstanding, although somewhat unconventional registrar”. In October 1976, Rob was admitted to Fellowship of the Faculty of Anaesthetists, Royal Australian College of Surgeons by examination. The following year Rob was appointed to a consultant post at RCH.

Rob soon took charge of cardiac anaesthesia. He was a very competent practical anaesthetist.  He had a brilliant mind and could get to the nub of a problem quickly expressing his view clearly and concisely. His early clinical roles included developing improvements in cardiac anaesthesia and perfusion, and using his unique skill set to provide services in the Paediatric Intensive Care Unit, covering Thursday night and weekend shifts for some 20 years. His special anaesthesia interests were cardiac surgery and catheterisation, and urology. The latter led to seminal research into the pharmacokinetics of local anaesthetics, especially for epidural anaesthesia that he helped establish at RCH. This in turn led to international research collaborations and involvement in Phase II trials for levobupivacaine.

Rob’s broad clinical experience and people skills led to his increasing involvement in Senior Executive roles, including as Divisional Director of Specialist Services and Co-deputy Director, Anaesthesia and Pain Management. From 2000-2004, Rob served as Director of the Department. After stepping down from the role for health reasons, Rob continued providing high quality clinical care and played an important mentor role for a number of years.

Rob was active outside of the RCH Anaesthesia and Pain Management Department. He became a member of the Faculty of Anaesthetists, Royal Australasian College of Surgeons (FARACS) Anaesthesia Research Group in 1974.  He served a full 12 year term (1985-1998) as an examiner for Primary Examination of the Australian and New Zealand College of Anaesthetists (ANZCA) and later taught at the primary examination course. He was elected to the Executive Committee of the Society for Paediatric Anaesthesia in New Zealand and Australia (SPANZA) when it was formed in 1998, and served as Treasurer until 2004. He was on the Editorial Advisory Board for the journal, Pediatric Anesthesia.

Rob gravitated to those who really cared about improving and developing the surgical and anaesthesia professions. His sage advice was widely sought by anaesthetists and surgeons. He taught, influenced and mentored many, supporting their quest for higher achievement. His sharp clinical acumen, skills and knowledge commanded the respect of surgeons, intensivists, paediatricians, nursing staff, anaesthesia technologists, perfusionists and anaesthetists. He had a unique ability to engage people from diverse backgrounds, to disarm them, make them feel important and heard, and to make them laugh.  Most who knew him, have a Rob story to tell. Many cannot be repeated here!

His contribution to anaesthesia was recognised by being awarded Honorary Membership of the Association of Paediatric Anaesthetists in Great Britain and Ireland in 2006, and in 2008 the SPANZA medal that conferred Honorary Life Membership of the Society. In 2017, Rob was honoured with an RCH Grand Round presentation, ‘On the Shoulders of Giants.’ (https://blogs.rch.org.au/grandrounds/2017/07/26/on-the-shoulders-of-giants/). Current RCH staff presented key ongoing research and developments that were grounded in the contributions Rob had made. A packed Ella Latham Auditorium concluded the presentation with a standing ovation. This last official function at the RCH was a fitting tribute to an extraordinary contribution.

People developed a fierce loyalty to Rob. Many will fondly recall his bonhomie, signature RM Williams boots with the Cuban heel, his passion for MotoGP, Formula 1, Bathurst, Ducati motorbikes, his beloved MV Augusta and his extraordinary palate for, and knowledge of wine. He also enjoyed travelling “north of Echuca” for holidays with Olivia.

His engineering abilities were demonstrated in the early 1980’s when Rob extensively renovated the house in which he and his family would live; Rob did the demolishing, sanding, plastering, tiling, wiring and plumbing. He was particularly proud of the basement cellar.

Recently Margaret asked Rob whether he had made the right career choice. After a moment of thought, he said: "I would have made a better engineer than a doctor, but I'm a happier doctor than I would have been an engineer".

Rob Eyres is survived by his loving wife Olivia, his daughters Sophie and Cassie, and his sister, Margaret.