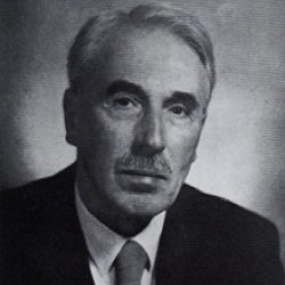 After junior, mostly paediatric, hospital posts in Liverpool he established himself in general practice, a role which he continued for a small group of patients until his death. He acquired honorary appointments as an anaesthetist to the Royal Liverpool Infirmary and the Royal Children’s, the Maternity and the Northern Hospitals (the latter being the main focus of his anaesthetic work and where he became Director of Anaesthesia). In 1933 became the first Lecturer in Anaesthesia to the University, and later was also Lecturer in Obstetric Analgesia at the Liverpool Maternity Hospital. Unlike the other eminent practitioners of the time he did not give up general practice to concentrate on anaesthesia with the inception of the NHS in 1948, just the opposite, believing that the new arrangements for hospital work (fixed sessional commitments) interfered with the relationship between patient and doctor.

Minnitt was a very active researcher, starting with his MD project on the treatment of shock with glucose & insulin, and progressing to aspects of anaesthesia including the work for which he is best known, the introduction of ‘Gas and Air’ analgesia in labour in 1932-4. It was a time of increasing awareness of the need for better labour analgesia, and he had been asked for advice by the Board of the Liverpool Maternity Hospital (JRSM 1943; 37: 45-8). Nitrous oxide with oxygen was used, but the equipment required medical supervision at a time when most deliveries were ‘domestic’ and conducted by midwives. Discussions at the RSM Section of Obstetrics (JRSM 1932; 25: 1625-30) stimulated his interest, led to discussions with instrument maker Charles King, modification of McKesson’s oxygen apparatus and the introduction of a new technique. Today it is easy to criticise the use of an hypoxic mixture, but it was a pragmatic solution to the problem in the circumstances of the time, and was hugely successful.

Minnitt is viewed as the UK pioneer of inhalational analgesia in obstetrics, worked tirelessly to develop and promote the technique with lectures, papers & films, and identified its potential for use in other areas of practice, especially trauma. In addition, he revised Ross & Fairlie’s ‘Handbook of Anaesthesia’ for its fifth edition, and in 1944 rewrote much of it with John Gillies for the sixth edition when it became known as the ‘Textbook of Anaesthesia’, the standard work of the day. During and after WW2 he played the major role in both establishing the University Department of Anaesthesia in Liverpool, and the ‘resuscitation’ of the BJA which had declined considerably. His work included considerable contributions to the organisations of the specialty and much recognition from them: founder member Liverpool Society (1930), Secretary (1930-1950), President (1951); AAGBI founder member (1932), John Snow Medal (1958); RCP&S, DA without examination (1935); Section of Anaesthetics, RSM President (1943), Hickman Medal (1950); FRCOG, fellow ad eundam (1950); FARCS, Joseph Clover Lecturer (1951); Liverpool Institution, President (1955); Liverpool University, Honorary MSc (1967). A plaque, celebrating his work was erected in Liverpool Maternity Hospital during his lifetime. He was described as a perfectionist as a clinician.

Minnitt originally went up to Cambridge to prepare for the ministry (like his father and grandfather), but decided that he could better serve as a doctor although religion remained an important part of his life. He married Eileen Dooley in 1916; they had three daughters and a son. Although he did not take up NHS anaesthetic sessions in 1948 he continued to attend meetings, write and lecture, but his income came from (probably declining) private general practice. His record of research from that specialty was recognised by award of the FRCGP on its foundation (1953) and Presidency of the Section of General Practice, RSM (1954-5).