Pride in our gay bars 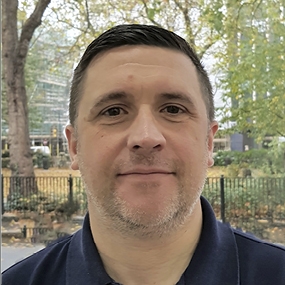 Iain Smart is an AV Engineer at the Royal College of Anaesthetists. To celebrate Pride month, he continues his series on LGBTQ+ history by looking at London’s gay bars.

It may seem that we have had openly gay bars in our major cities and towns for as long as anyone can remember, but the rise of them is not as modern as you think, and not without its share of history.

Although there are not many mentions of gay bars through early British history, as the meeting of people of different sexes for social purposes was totally normal. But meeting others of the same gender to find companionship or for a sexual relationship was not only against society, it was in some cases very much against the law, and until 1863 carried the death penalty for men convicted of sodomy.

One of the earliest terms for a gay bar was 'Molly House' these became popular in the 17th and 18th Century and were places where all sorts of different groups of people could be themselves, not only was being gay or lesbian accepted, but cross dressers, transvestites could come and find a space to be.

They were not always the safest places to visit. They were often found in the more dangerous places in London, like the Rookery on Holborn, a notorious slum made famous by Hogarth and Dickens. But Molly Houses became scenes of raids and arrests, with customers being frequent victims of blackmail.

One of the more infamous bars was owned by Mother Clap, on Field Lane, not far from today’s Holborn Viaduct. It was open between 1724 and 1726 but after a sustained raid by the 'Societies for the Reformation of Manners' was closed and dismantled. She and half a dozen customers were fined and spent up to two years in prison. Sadly, three of her customers, Gabriel Lawrence, William Griffin and Thomas Wright were later hanged in 1726.

By the time we get to the early 20th Century more bars had sprung up in London, although they still had to be very discrete at the time. 'The Cave of the Golden Calf' was opened by Frida Strindberg in 1912, who set it up as an avant-garde and artistic venue, in an underground basement at Heddon Street, just off Regent Street. It became a haunt for gays and lesbians, the wealthy and aristocratic classes, as well as bohemian artists in search of a European-style cabaret.

When the Gateways club opened in 1931 on the Kings Road, Chelsea it quickly became a noted lesbian nightclub. It was taken over by Ted Ware in 1943 after he allegedly won it in a poker game. Ted, who was a well-travelled man, allowed the club to become a meeting place for the Chelsea Arts Club and had many gay and lesbian regulars. It was also frequented by the black Caribbean community, with artists like Chester Harriott, who played jazz piano, and by other minority groups who were discriminated against elsewhere. The club closed in 1986, making it longest surviving such club in the world.

When homosexuality was decriminalised in 1967, new bars began to open, many of which were in Soho’s Old Compton Street. Many flourished throughout the 1990s and you can still visit some today. I must admit, most of these I have walked into and fallen out of later the same evening at some point over the last 25 years.

Although we are more accepted in society than we ever have been, having a space to meet with others of your community is still an important part of our life. While we have these bars, clubs and venues dotted around London, the city’s increasingly expensive rents has meant many of these long-running establishments are being forced to close. Thankfully, many cities, such as Manchester and Liverpool actively try to protect their LGBTQ+ areas and venues.